It was a cold week in April 2013 when Jeff and I took some vacation time to start our kitchen remodel.  We had received a nice tax refund and were planning to update the floor, put in a new island and get rid of one really big window that was causing all sorts of major problems on the walls and the floor.

So this is our kitchen before we started.  I know it looks sort of pretty and the nice, big window really let in a lot of light.  Our house is lacking light in every room. I have to admit that I was a little sad about losing the natural light but it was more important to me that the walls and the floor be water and rot free.  It’s just better that way, right? 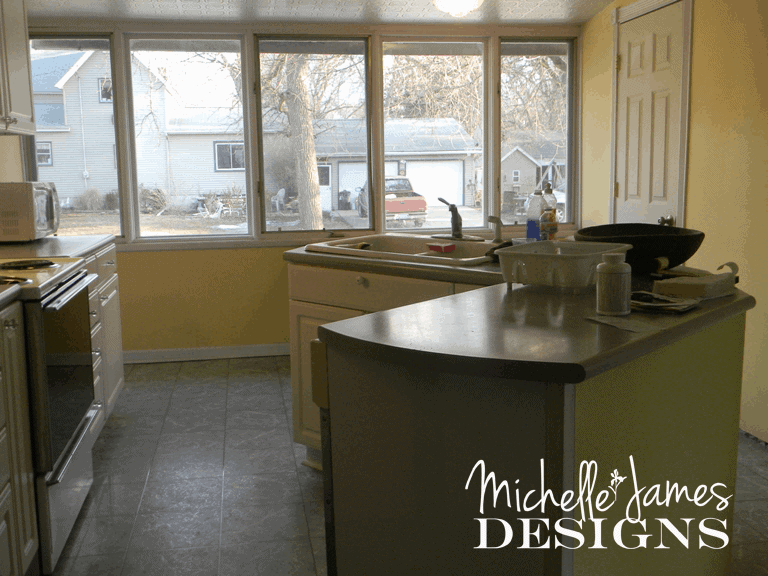 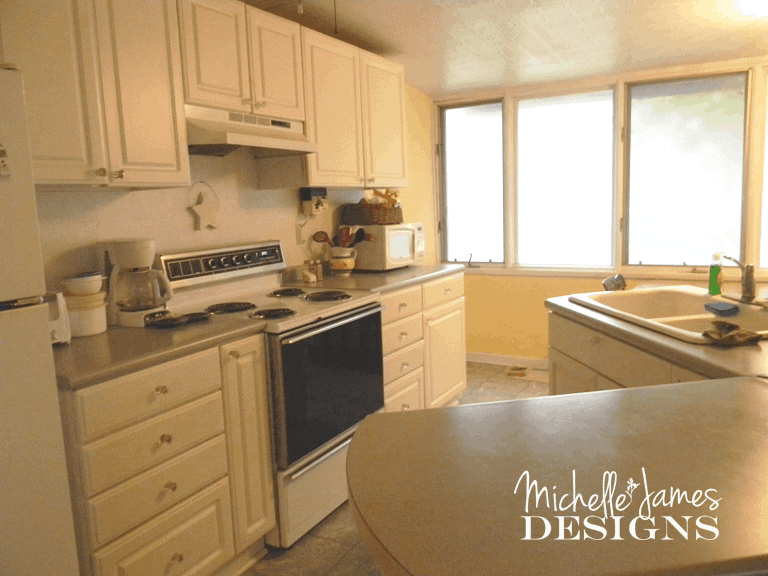 Here is another angle toward the window.  They look frosted because we had to hang plastic on the outside during the cold months.  They were crank windows and they never closed all the way.  You could feel the draft coming in and the kitchen was always freezing.  We live in Northwest Iowa.  It gets really, really, really cold here.

The window was leaking in the corner. You can see the damage that was rearing its ugly head below.  And it was only going to get worse if we didn’t do something about it. 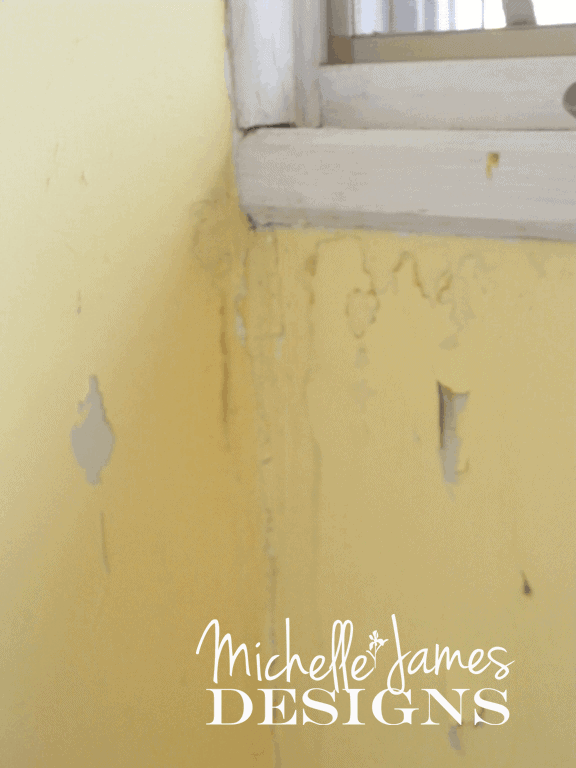 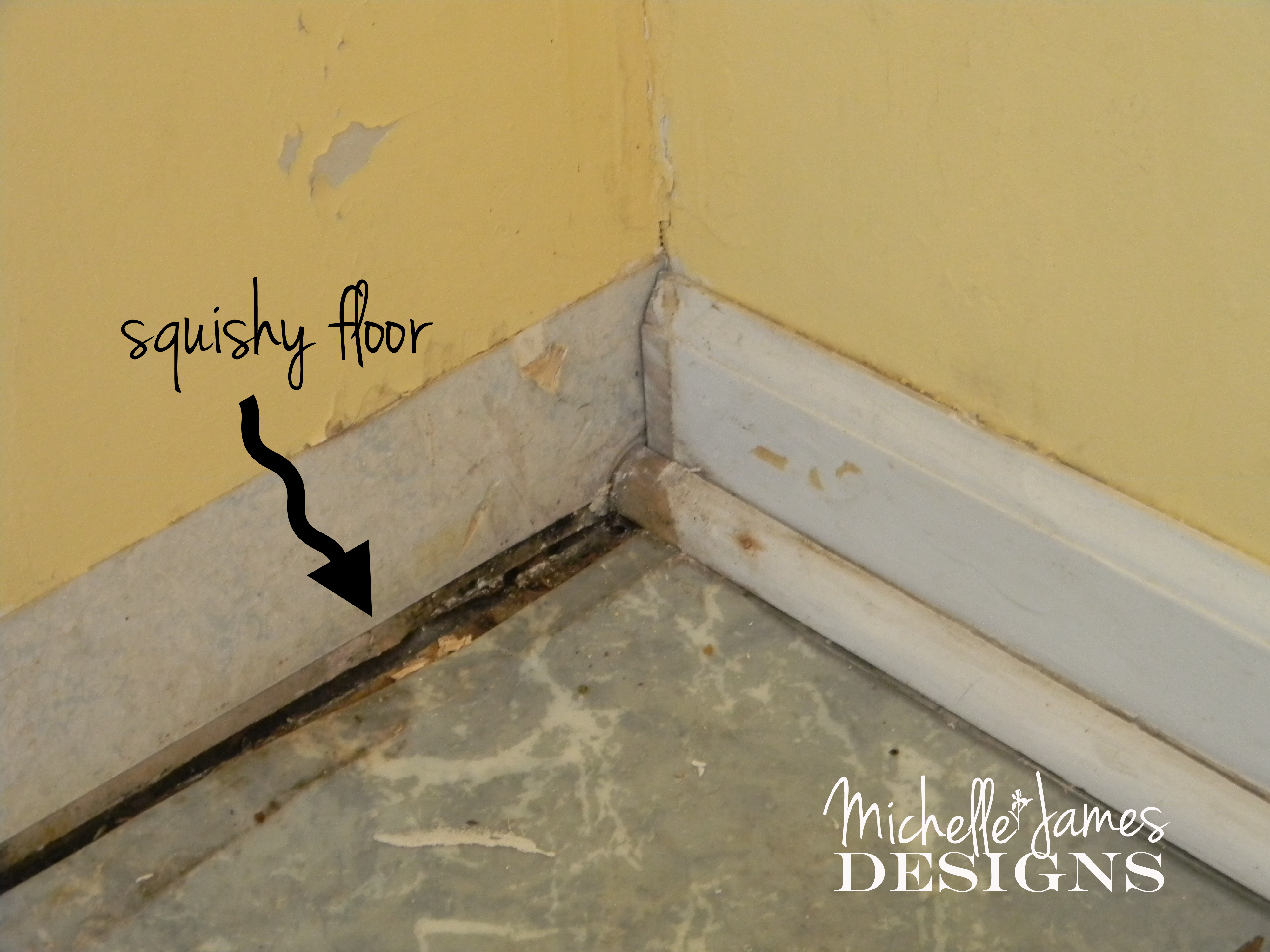 We could not walk on this floor anymore and it wasn’t just by the corner.  It was about 2-3 feet away from the wall.  The floor just squished under our feet.  And that was not the only problem.  The island was awful as well.  The counter top was starting to separate from water damage from the sink.  It was bad! 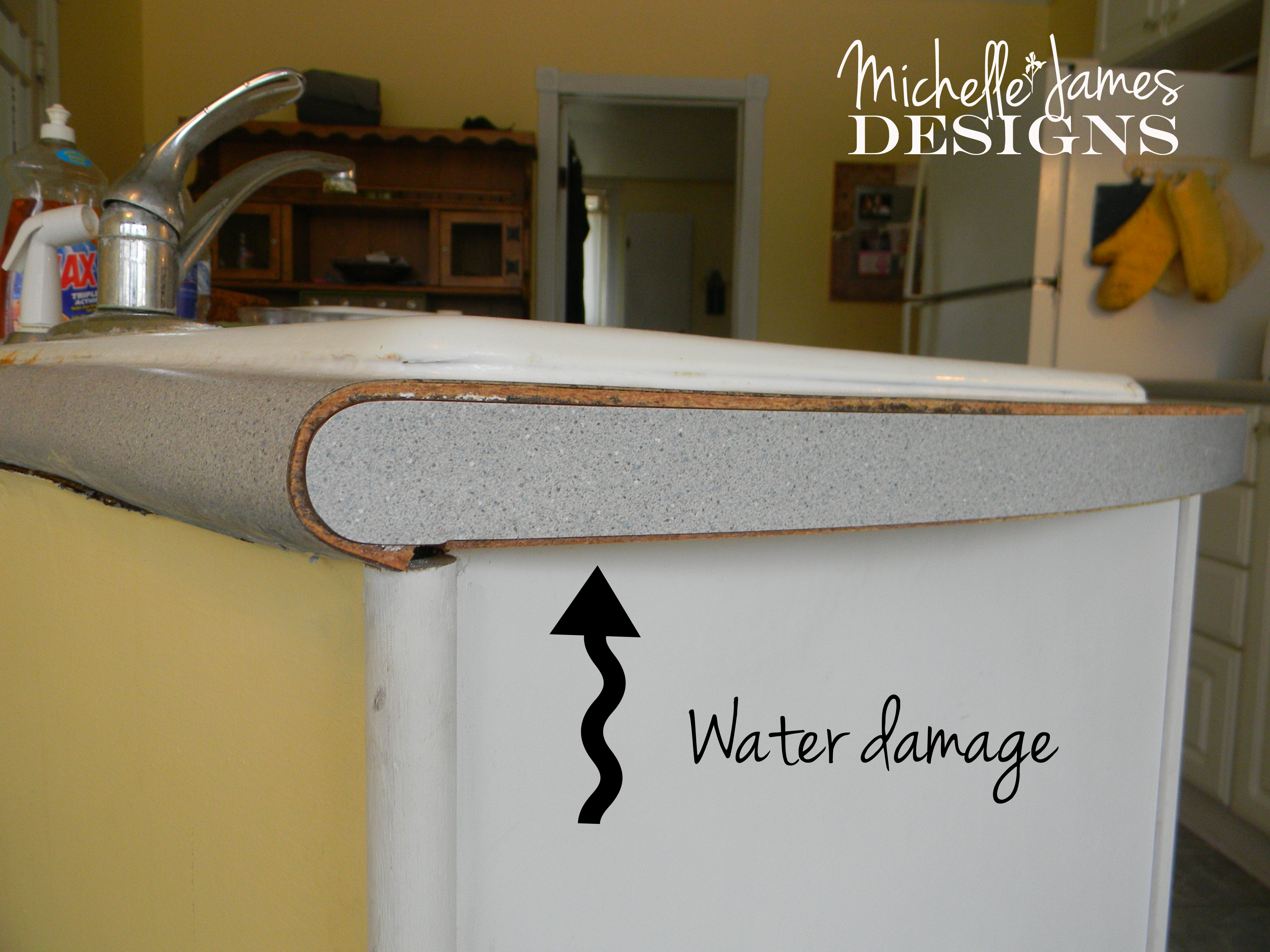 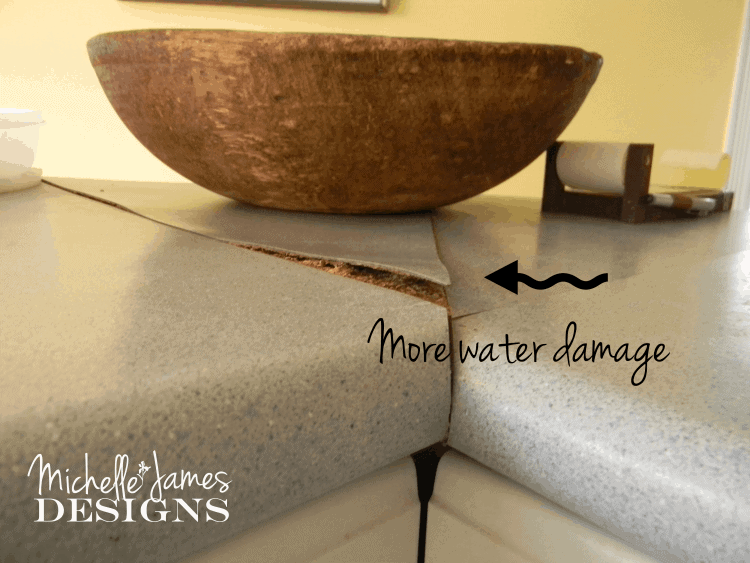 We had our week off so our goal was to get the bad flooring replaced, get the old window out and the wall pretty much put back together with new the windows.  Pee Wee really wanted to help Brian remove the window. 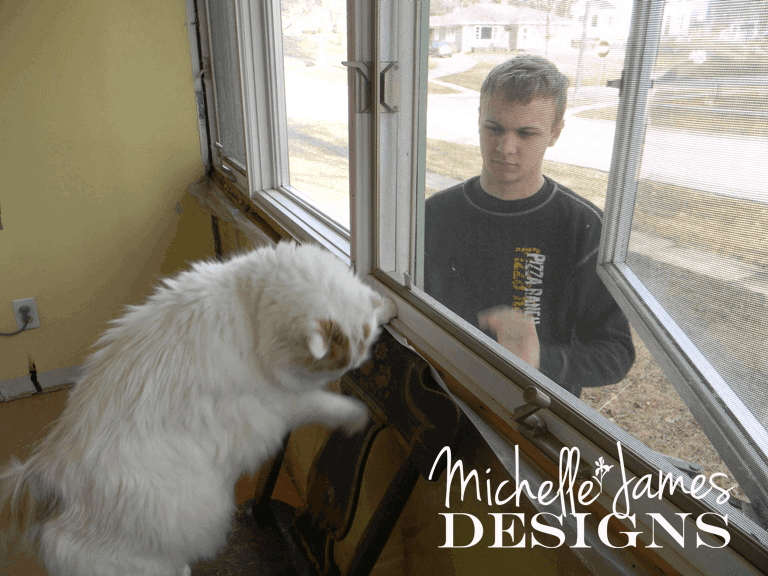 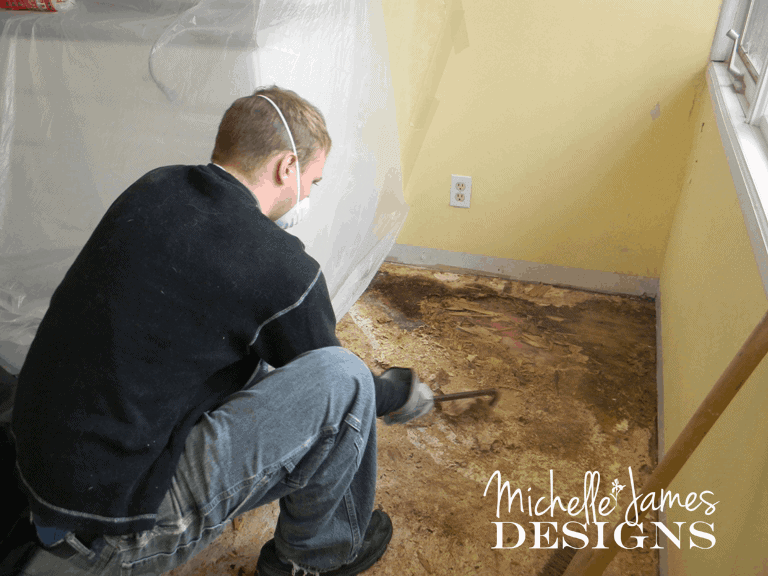 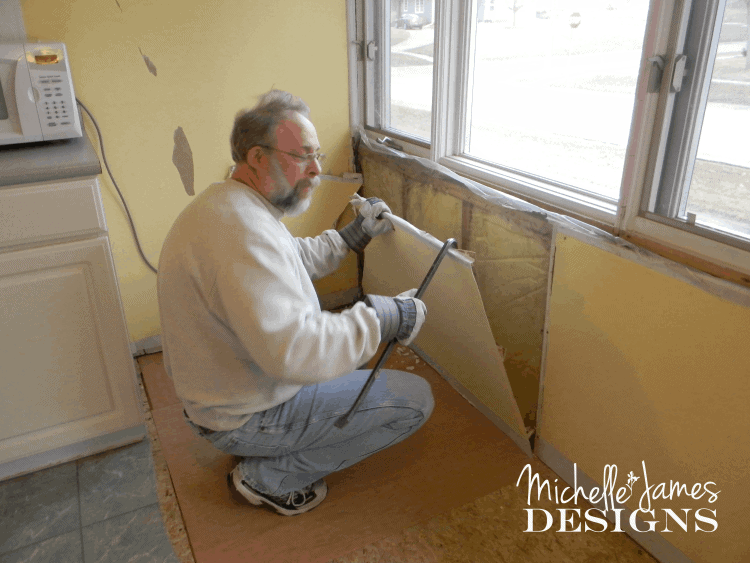 This is how it looked when we got the window out.  It was really cold now.  My neighbor drove by and yelled, “Hey Michelle you have a big hole in your wall”.  There is always one.  LOL!

And from the outside. 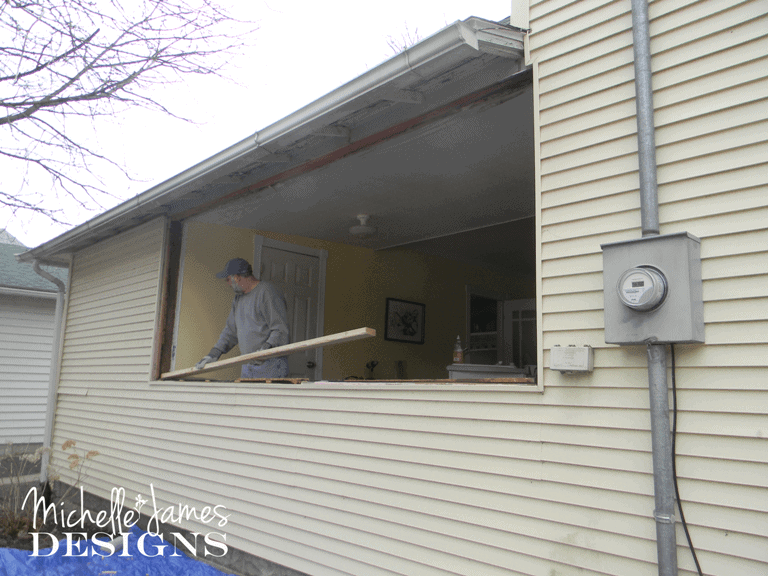 And here it is all framed up. 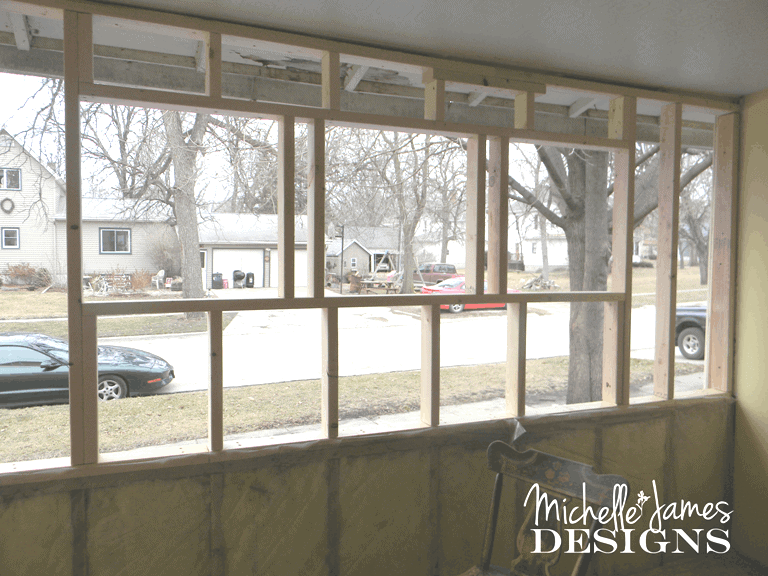 It didn’t take too much longer and only a couple of mishaps before we had it finished for the week.  This is how it looked when we got done with this phase.  I had forgotten about this side of the wall.  The previous owners had actually created a cant in the wall from the pantry door to the wall in order to make the old window fit.  Jeff had to straighten it back up again.  It looks so much better now.

We added two sconces on the wall to help replace some of the light we were losing.  It is much darker in the kitchen now which I don’t really like but it is dry and WARM!  So I don’t complain.  Plus the windows open and close so easily. 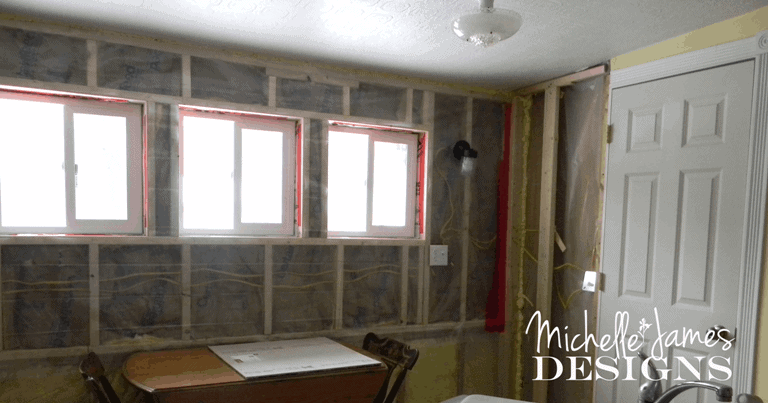 I was so happy to have this much done.  It was a busy week and we worked hard but we got it done!  Next week I will have Part 2 of the kitchen remodel so be sure to stop back.  Oh and by the way,  It still is not finished.  Soon though…soon!

I so love natural sunlight so I'd hate to see those windows go but yes, they obviously needed replaced! I'm sure the progress in the kitchen will be fun to see!

Carol - Yes it really needed to be done. The positives out weigh the negatives this time as far as the natural light goes but I still hated to do it. Thank you for your comment.