How To Make Your Own Mermaid & Rainbow Slime

I have been wanting to try making slime for a while now.  I took all of the supplies with me to Ian and Hailey’s house and Hailey and I made two kinds of slime.  Mermaid slime, my favorite, and rainbow slime.  I am going to show you the two recipes we used and what happened when we made our own mermaid and rainbow slime. 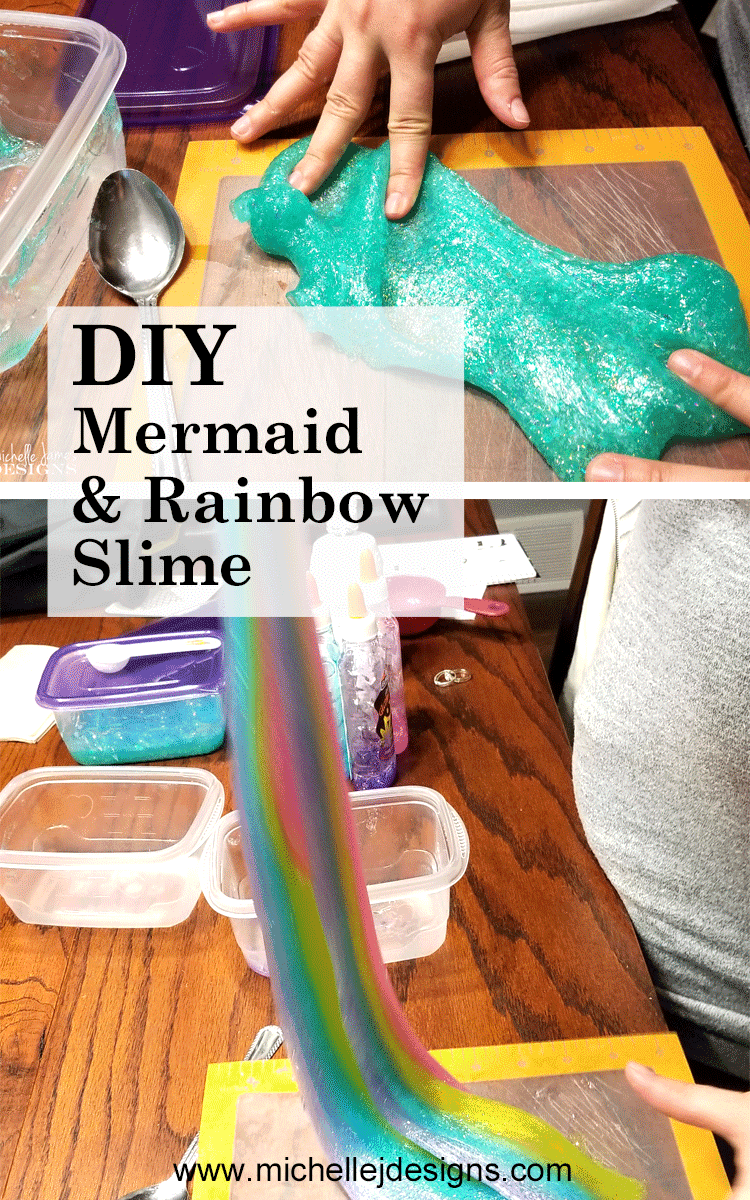 How to Make Your Own Mermaid and Rainbow Slime

This post contains affiliate links for your convenience.  You can read my full disclosure here.

The first step is to empty the blue slime into a bowl.  I used a rubbermaid container so I could just add a lid when I was done and save it for later. 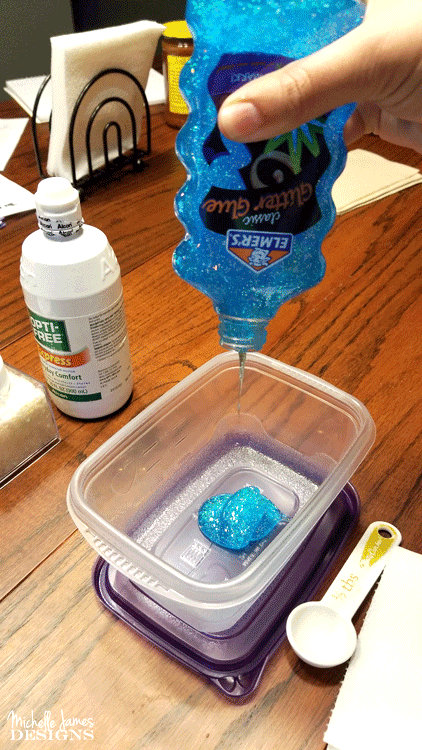 Then add in some of the green to make the color teal.  You don’t need very much.  Mine looks more green in the photo than it did in person. 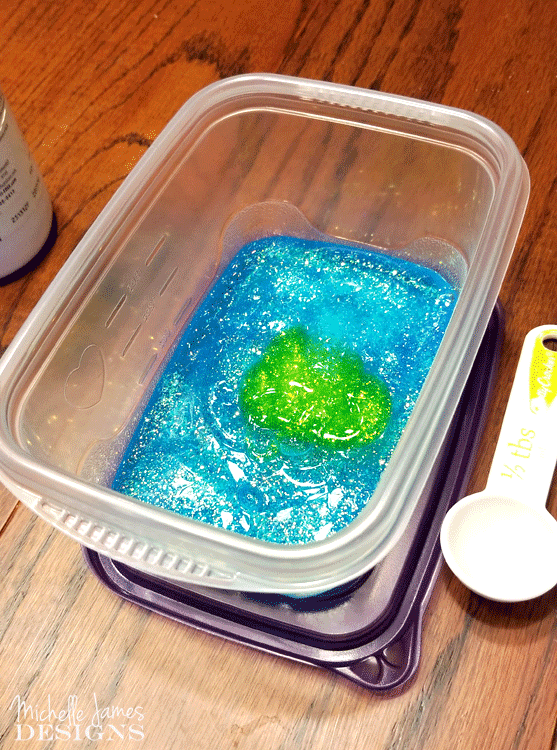 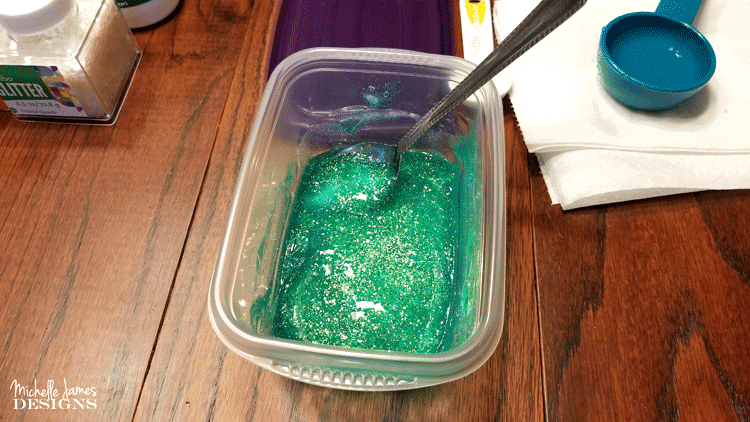 Next add in the baking soda and the water.  Start with 1/4 teaspoon of water and add more depending on how stretchy you want it to be.  It was hard to tell for me.  I just added some in and hoped for the best.  LOL! 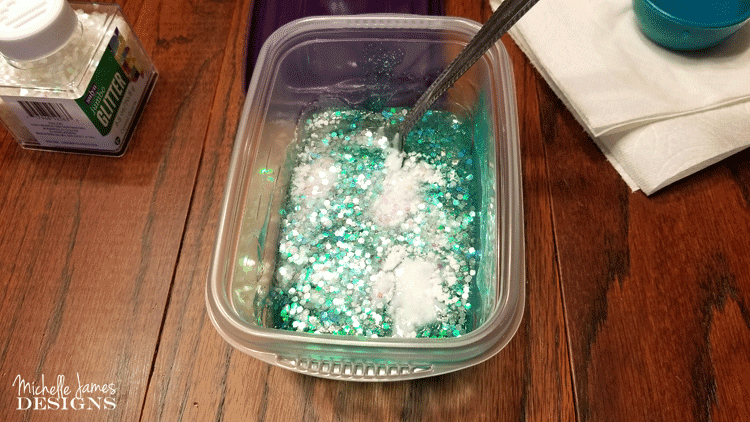 The most fun part was to add the glitter.  I got mine at Wal Mart but I sure sure you can find it at Hobby Lobby or Michaels as well.

Then add in the contact solution.  The recipe I read said to make sure your lens solution contains boric acid.  I did not check mine before hand but it did.  Whew!  It will start to come away from the sides of the bowl.  When this happens take it out and start to knead the slime.

It was amazing.  All of the sudden it was not sticky and was genuinely fun!  Hailey and I had a good time with it. 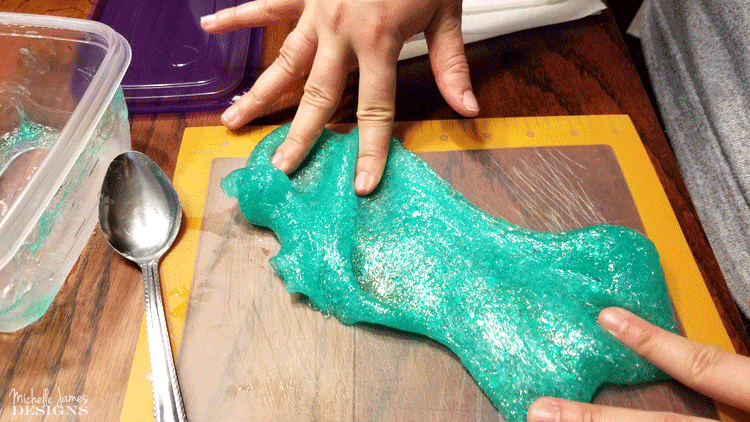 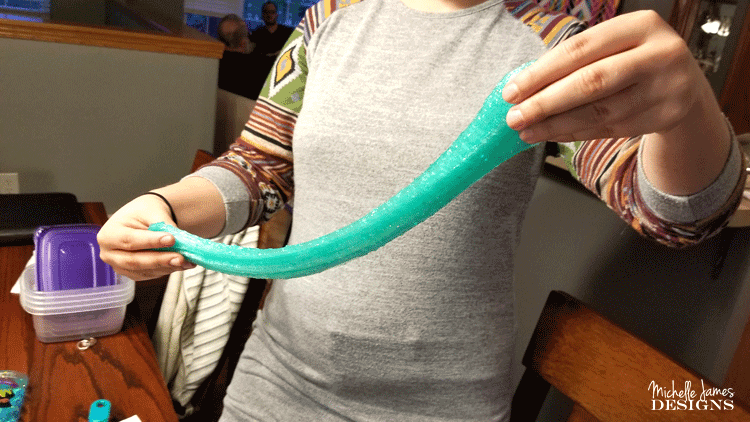 We stretched it and pulled it then rolled it up and it was such a stress reliever.  We put it away to give to Jenna, Hailey’s niece.  I just know she will have a ton of fun with it.  Then we moved on and made some rainbow slime!

I wanted to try a different recipe for the rainbow slime.  There are so many ways to make it and I was trying to see if one way was better than another.  In the rainbow slime we substituted the contact lens solution for the Elmers Magical Liquid.  This is supposed to take away the stickiness.

I bought this set then added this blue bottle so I would have all four colors.

four bowls to mix the slime 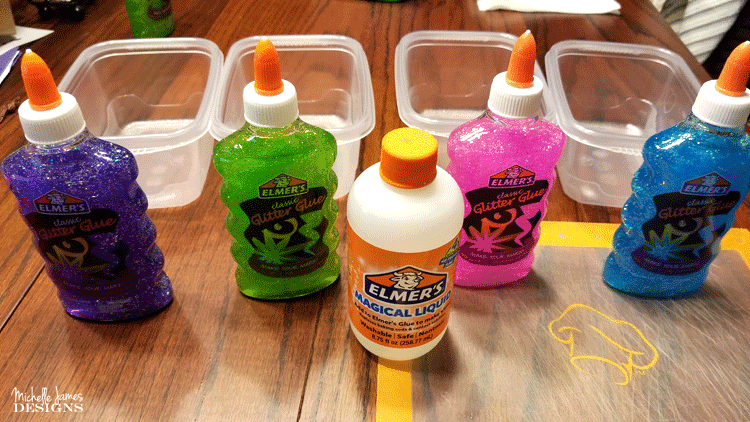 The first thing is to empty the glue bottles into separate bowls. 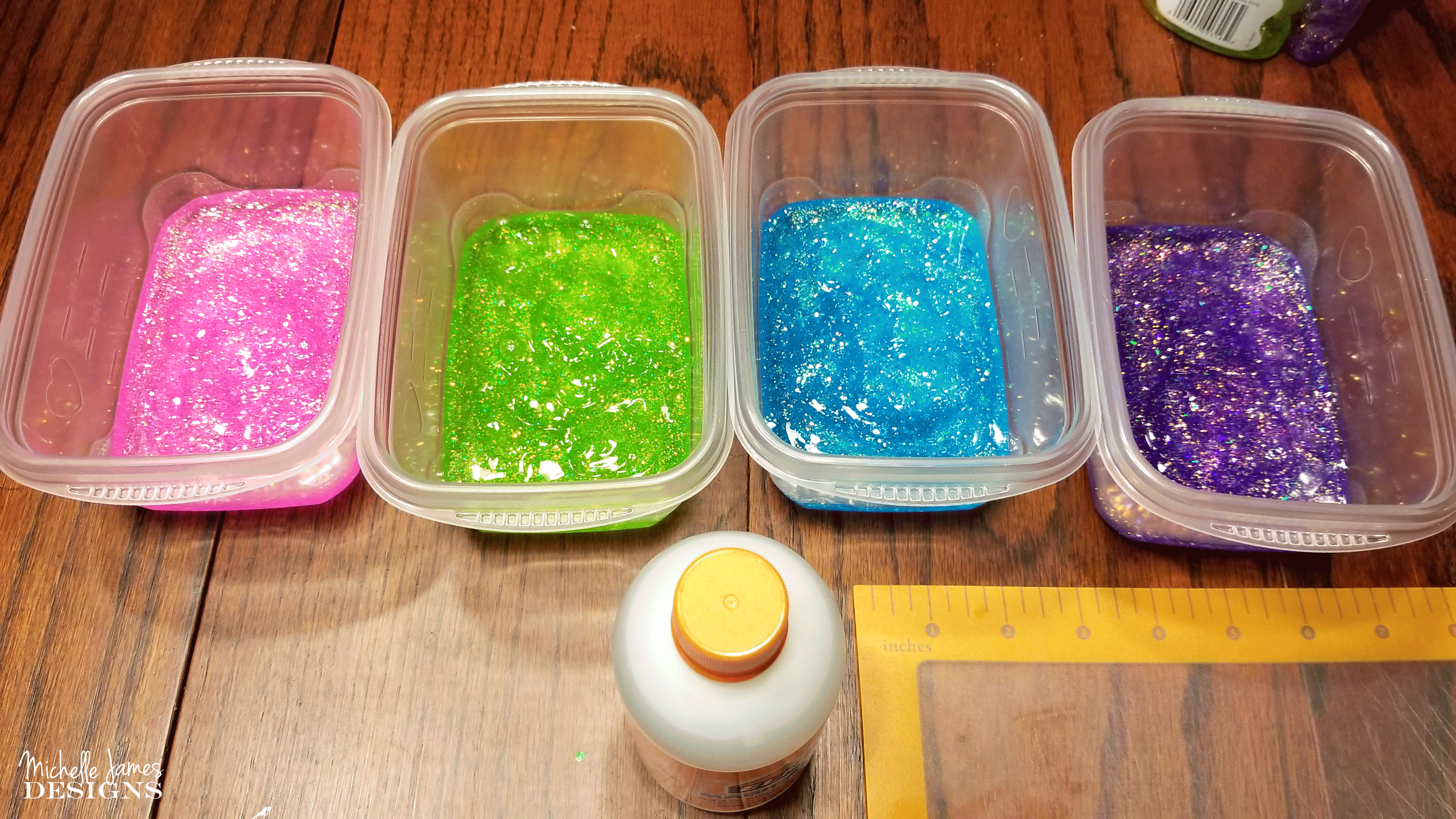 Then we started stirring and stirring.   They were so pretty. 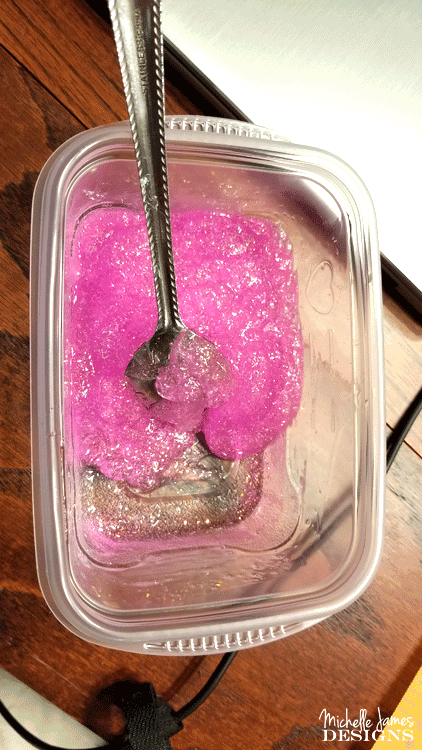 Each color was so pretty but it never really got “un-sticky”.  It wasn’t bad but just not great.

Once they were all kneaded as much as we could we lined up the colors next to each other to create the rainbow. 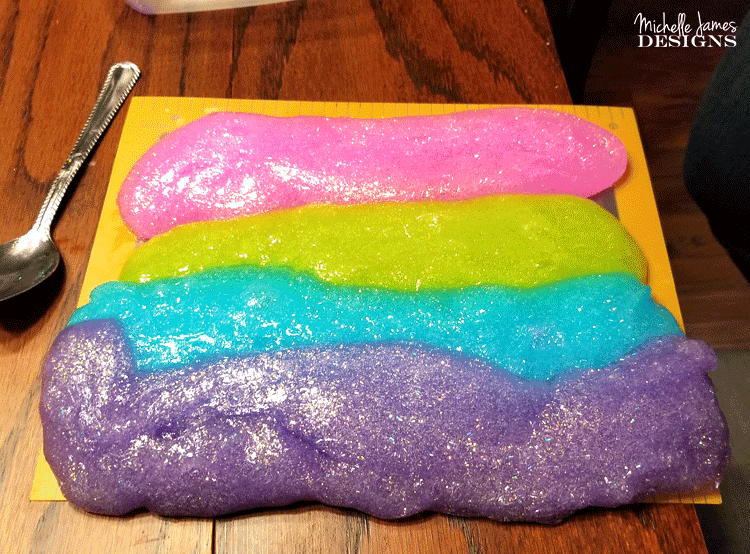 After they are all lined up we pinched the ends together and stretched it out til we got the rainbow look. 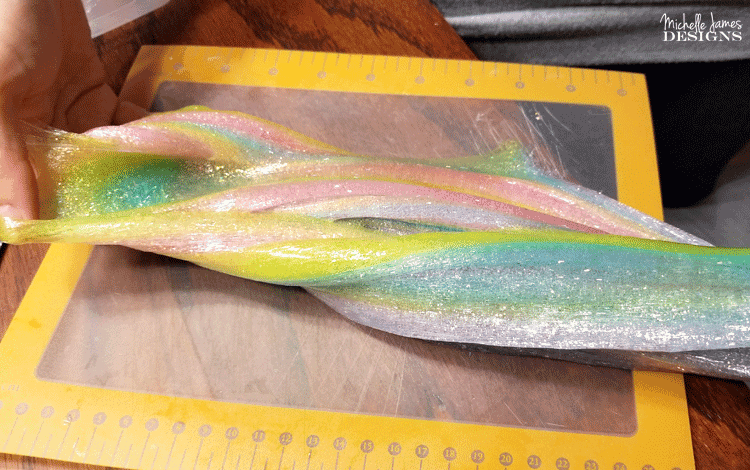 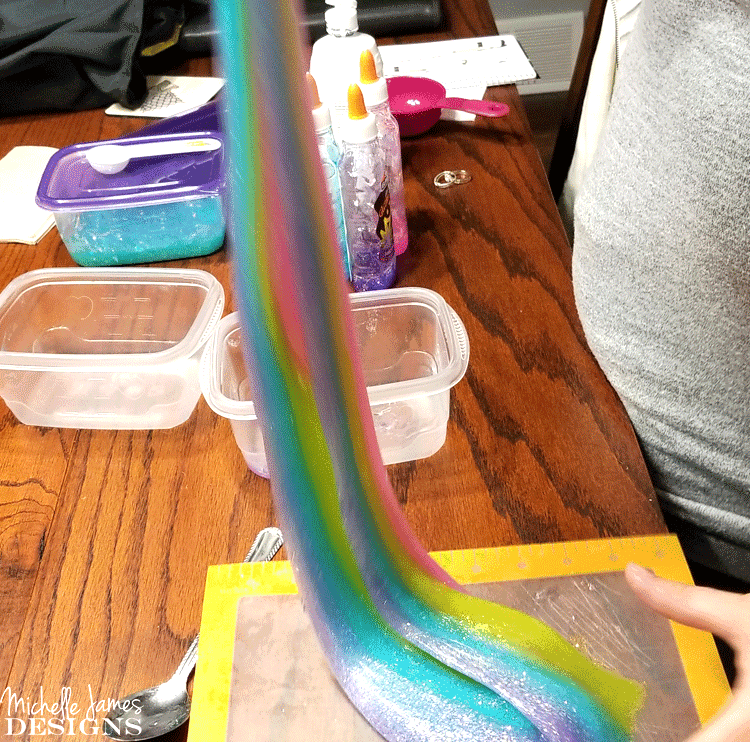 It was really pretty but we didn’t really want to play with it too much.  It was still pretty sticky and each time we folded it back up the colors would sort of mesh and it was starting to look like one weird color instead of a pretty rainbow.

As far as the stickiness goes we probably could have added some contact solution or a little more magical liquid (if we had any more) to help and that probably would have done the trick.

We definitely liked the contact solution recipe better.  It took more ingredients but was much more fun to play with in the end and I thing that is the important thing.

There are a few more recipes too.  One involves using Borax powder and the other includes liquid starch.  I may try these next time just to see which one I like the very best!  It was a fun experiment to see what all of the hype is about and it wasn’t as messy as I thought it would be.  I would do it again in a heart beat.

I did love the mermaid slime with all of that fun glitter!  So pretty.

This is such a fun project to try with your kids or your grand kids.  They love slime!

If you love crafts then check out some of these galleries for easy, fun projects:

Thanks for stopping by today! 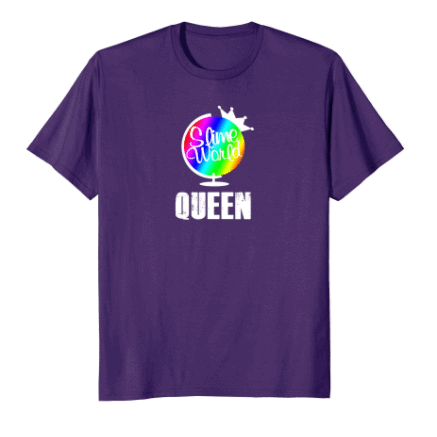 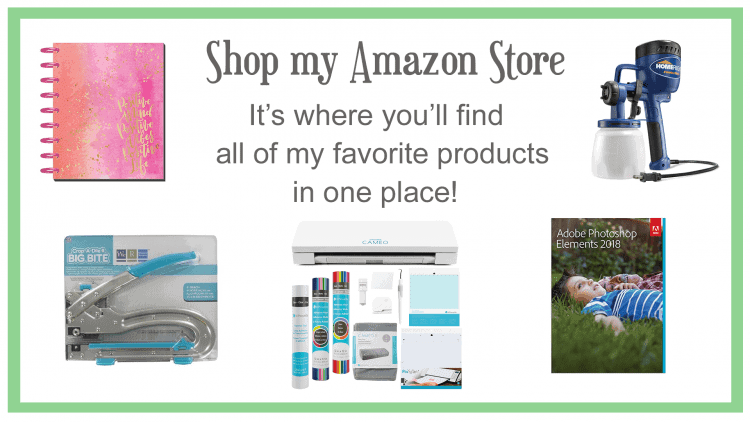 How To Create Your Own Glass Cupcake Stands
← Previous
Journals and Notebooks By Michelle James Designs
Next →
Click here to cancel reply.